Where to do your hunger Campaign. Know your world 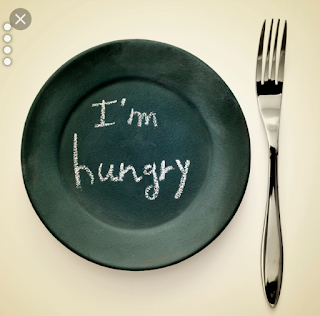 – Although the number of undernourished people has dropped by over 20% since 1992 (216 million fewer than in 1990-92) today there are 815 million people who do not have enough to eat. This is more than the 795 million in 2014, although still down from about 900 million in 2000.
– 98% of the world’s undernourished people live in developing countries.
– Where is hunger the worst?
– Asia: 519.6 million
– Sub-Saharan Africa: 223 million
– Latin America and the Caribbean: 42.5 million
Aiming at the very heart of hunger, The Hunger Project is currently committed to work in Bangladesh, Benin, Burkina Faso, Ethiopia, India, Ghana, Malawi, Mexico, Mozambique, Peru, Senegal and Uganda.

HIV/AIDS and other Diseases

– 36.7 million people are living with HIV/AIDS.
– 76.1 million [65.2 million–88.0 million] people have become infected with HIV since the start of the epidemic.
– 51% percent of people living with HIV/AIDS are women.
– The vast majority of people living with HIV are located in low- and middle- income countries, with an estimated 25.5 million living in Sub-Saharan Africa.
– New HIV infections among children globally have halved, from 300,000 in 2010 to 160,000 in 2016 (47%).
Launched in 2003, The Hunger Project’s HIV/AIDS and Gender Inequality Campaign works at the grassroots level to provide education about preventative and treatment measures. Read more about our work here.

– 767 million people, or 1 in 10 people in the world, live under $1.90 a day, and half of the extreme poor (389 million) live in Sub-Saharan Africa.
– 328 million children are living in extreme poverty.
Rural Hunger Project partners have access to income-generating workshops, empowering their self-reliance. Our Microfinance Program in Africa provides access to credit, adequate training and instilling in our partners the importance of saving.

–  75 percent of the world’s poorest people live in rural areas and depend on agriculture and related activities for their livelihood.
–  50 percent of hungry people are farming families.
In each region in which we work, The Hunger Project provides tools and training to increase farming production at the local level. In Africa, our epicenter partners run community farms where they implement new techniques while producing food for the epicenter food bank.

– Some 3 in 10 people worldwide, or 2.1 billion, lack access to safe, readily available water at home
– 6 in 10, or 4.5 billion, lack safely managed sanitation
– Each year, 361,000 children under 5 die due to diarrhea. Poor sanitation and contaminated water are also linked to transmission of diseases such as cholera, dysentery, hepatitis A, and typhoid.
– In countries experiencing conflict or unrest, children are 4 times less likely to use basic water services, and 2 times less likely to use basic sanitation services than children in other countries.
– There are big gaps in service between urban and rural areas. Two out of three people with safely managed drinking water and three out of five people with safely managed sanitation services live in urban areas. Of the 161 million people using untreated surface water (from lakes, rivers or irrigation channels), 150 million live in rural areas.
The Hunger Project works with communities to develop new water resources, ensure clean water and improved sanitation, and implement water conservation techniques.
MUH PLAVIOUS KIENYUI
NAYD CAMEROON