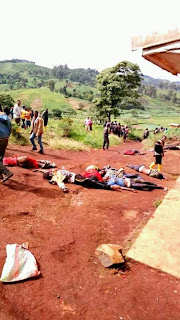 HORRIBLE IMAGES
We may pretend not to talk about this because of fear of being arrested, killed or because we want to keep our jobs. Every action of injustice must be denounce. It's high time we wait for this carnage to continue going on in English Cameroon. In my recent post, I talk of ways to ending poverty and hunger and this is one of the cause.

After the First World War, German Cameroon was partitioned between Britain and France in 1919 with the two partitions known respectively as Anglophone and Francophone parts of Cameroon. The educational system in Cameroon after independence and re-unification in 1961 till date continued to reflect this bicultural pattern though with persistent attempts of assimilation by the Francophone sub-system (Konings & Nyamnjoh, 2003). Contrary to expectations at reunification, this did not provide for the respect, preservation of cultural heritage, identity and equal partnership of both parties. On the contrary it turned out to be a gradual process to the total assimilation of the Anglophone entity by the Francophone majority. With the growing feeling of various forms of social injustice and marginalisation,  the Anglophone interest was nursed and represented by various associations and pressure groups in the early 1990s. This development received persistent refusal and suppression by the government of Cameroon.
The Francophone part of Cameroon whose former colony is France gained independence in 1960 and is comprised of 8 regions out of the ten for the whole country with French as the official language. On the other hand, the Anglophone part had Great Britain as former colony and gained independence in 1961 and is made up of 2 regions, namely the North West and South West Regions and with English as official language. The Anglophone part is geographically and numerically in the minority (20%).
The bi-cultural differentiation of education in Cameroon is not only the question of language but more importantly a heritage of cultural and ethical values. The Anglophone framework of education in Cameroon, promotes and develops, decentralization, collaboration, participation, liberation, mass education with financial support to private and confessional initiatives, use of mother tongue etc (Su, 2001). On the other hand, the Francophone practice is based on the French colonial system of education, characterized by centralization, under government control and hierarchical. It mainly promotes white-collar jobs, makes French the overall language of instruction and discriminates against religious and private schools (Ngoh, 2004 & Su, 2001).
From the historical background, the Anglophones and Francophones in Cameroon have developed differently with two different educational systems (Frederick, 2015). In practice, the bicultural status of the education system in Cameroon is only a window dressing as it is not fully respected; rather, the assimilation policy by the francophone majority that is being forced onto Anglophones In summary, the Anglophone problem is not just linguistic but a problem of value systems.
Anglophone Cameroon is also called Southern Cameroon or West Cameroon.

Since October 2016, the Anglophone regions of Cameroon, namely the North West and South West regions have been experiencing increased tensions on the basis of social injustice, educational injustice and gross marginalization by the largely dominated Francophone government. This crisis, triggered by the strike of Anglophone Lawyers in October 2016, then followed by that of Anglophone teachers in November 2016 has now degenerated into what I can describe as “an All Anglophone struggle”. What is the Anglophone problem? Why this problem? What is the picture of the crisis? What is the role of government, Church & civil society? How do people feel about the situation? What is the way forward? … are pre-occupying questions

Lawyers of the Anglophone extraction staged a strike action, denouncing the imposition of Civil Law imposed in the Anglophone sub-system,  the appointment of Francophone magistrates to Anglophone courts, (some not qualified) who are not familiarized with common law used in Anglophone Cameroon. The Anglophone lawyers denounced the use of French in Anglophone courts for hearings and passing of  judgement on Anglophone Cameroonians who are not familiar with French legal language.  The striking lawyers  expressed a catalogue of injustices, marginalisation and corruption practices by the pro-Francophone legal system in Cameroon ; opting for an independent Common Law for the anglophone sub-system.
The lawyers strike was followed by the Anglophone teachers sit in strike captioned, “All Anglophone Teachers’ Strike” that commenced on 21st November 2016. The sit in strike was organized by all legalized trade unions of Anglophone teachers to protest against all the injustices that have been meted on the Anglophone sub-system of education in the last three decades with the argument that all attempts, appeals and requests to the Government to resolve the issues have met with failure.
A follow-up strike was mounted by the students of the University of Buea highlighting several grievances. The students from the University of Buea were not listened to but were rather tortured, violated, some arrested (taken to police jails and others raped by police and military.


All of the above cumulated into a massive protest around major cities in the Anglophone part of the country opting for a Federal Government
Effects of the crisis
Way forward
I think the problems as advanced by Anglophones is part of the Cameroonian problem. One third of students studying in the Anglophone Confessional secondary schools are Francophones. The Francophone parents admire the Anglophone education system even if it still has the potential to improve. Anglophones and Francophones are not enemies. Many Francophones are empathetic about the crisis and also grumble about the state of governance in Cameroon even if the situation of Anglophones is more pronounced.
I think that there is the need for
I believe in the restoration of social justice and peace, and freedom of expression with responsibility. Cameroon needs the intervention of international communities. Many more people are being killed daily. 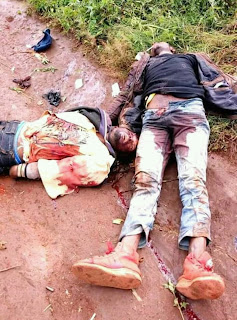 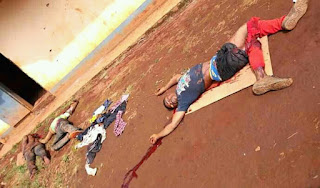 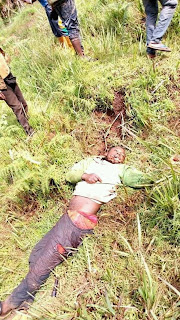