The greatest challenges of sustainable development 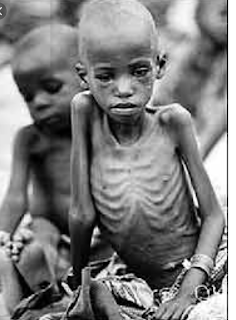 The greatest challenge for the sustainable development goals(SDGs) is to eradicate poverty and hunger while maintaining sustainable food security for all in a crowded and dramatically unequal world. Although the world has succeeded in reducing poverty in accordance with the millennium development goal (MDG) targets, food security and adequate nutrition have not been achieved.
The MDGs failed to treat food as a human right. Experience shows us that neither markets nor governments protect access to sufficient and nutritious food for everyone. Only accountability by those who produce food and regulate society can hope to achieve this protection, and this means that access to food needs to be treated as a human right, and not just as a policy goal or an outcome of a productive economy. Several constitutions and courts in Latin America have recently moved in this direction by making the right to food a legally enforceable right, but the international system, including the UN, still lags behind.
Almost 1 billion people suffer from chronic hunger and almost 2 billion are under- nourished.
Children are the most visible victims of nutritional deficiencies. Approximately 5 million children die each year because of poor nutrition. Access to adequate food during the first 1,000 days of life is vitally important for healthy future generations. Even a temporary lack of food during that crucial time has a negative effect on physical and intellectual development. I was shocked when told that in Haiti, even before the devastating earthquake that ruined the country, that small mud balls were being sold in the market to ease children’s hunger pangs.
Of the world’s hungry people, 98% live in developing countries. The root causes of food insecurity and malnutrition are poverty and inequity rather than shortages. FAO statistics confirm that the world produces enough food to feed the 7 billion people living today, and even the estimated 9-10 billion population in 2050. Global agriculture produces 17% more calories per person today than 30 years ago, despite a 70% increase in population.
Despite this, for the 2 billion people making less than $2 a day – many of whom live in rural areas where resource-poor farmers cultivate small plots of land – most can’t afford to buy food. It is the economic system that is responsible for this prevalence of poverty and hunger. Recently, climate change has been added to the list of causes.
Smallholder farmers tell us that this is a lifestyle for them, not a business. When they have had to leave their land for financial reasons, they have never emotionally recovered. I have heard these stories in many places; not only in poor developing countries. It is a global phenomenon.
If the international community is serious about eliminating hunger, a shift is needed from a development model based on charity and aid to one based on human rights, reinforced by accountability mechanisms. Marginalised, disempowered and excluded groups previously locked out of development planning must have a place, including minorities, migrants, and poor, disabled, older and indigenous people. Non-discrimination and equality must underpin the entire SDG framework.
The role of women in development and food security is pivotal. Highlighting women’s rights in all other targets of the SDGs should be a priority. Of those suffering chronic hunger, 60% are women. This is especially ironic as women do most of the agricultural work in developing countries. Much of the work women do is unpaid and invisible, despite its indispensable role in feeding children and elderly people. Upholding women’s financial, educational and legal rights would be the best use of funds dedicated to eradicating hunger, poverty and child undernourishment.
Food security is dependent on the sustainability of food supply. A major effort is needed to avoid practices that exacerbate the negative impacts of food production and consumption on climate, water and ecosystems. The SDGs should make a healthy environment an internationally guaranteed human right
The SDGs should encourage governments to work towards policy coherence: agricultural policies should be compatible with environmental sustainability and trade rules consistent with food security. This will not be easy to implement. It will require allowing national food markets in developing countries to compete successfully against cheap imported food. It means altering international trade rules to prevent interference with domestic policies in developing countries designed to eradicate hunger and poverty.
Placing human rights at the heart of the SDGs presupposes both a strong accountability framework and the will to enforce this. Transnational corporations can be part of the problem, tending to undermine the livelihood of locals, displacing them from their home and land, interfering with their access to natural resources, and causing environmental destruction. Responsibility for human rights violations must extend to the private sector. International law has traditionally been reluctant to do this. It is encouraging to note that some modest steps have been taken recently to encourage corporate responsibility, including the UN Guiding Principles on Business and Human Rightsand Maastricht Principles for Extraterritorial Obligations (pdf). The SDGs could incorporate these documents in their policy guidelines, or adopt their own version.
The new goals should not be allowed to operate as easily ignored principles, but need to be given teeth. We can eradicate poverty, maintain food security and ensure the right to adequate and nutritious food for all. These fundamental aims were long ago set forth in the Universal Declaration of Human Rights, and repeated in theInternational Covenant of the Economic, Social and Cultural Rights. The task is huge, but the tools are there. The challenge is mainly a matter of fashioning political will strong enough to overcome entrenched interests in maintaining food insecurity.

How to reduce belly fat

Belly fat is more than unsightly, it is dangerous. Visceral fat releases a hormone that causes diabetes and inflammation. It’s also linked to cardiovascular disease, breast cancer, and gallbladder issues. The only way to get rid of belly fat is to eat certain foods and exercise. Miracle cures, pills, and surgery won’t help. Belly fat is very responsive to diet and exercise. By eating these foods, you will see results very quickly. And the best part is, you’ll feel better overall. 1. Drink More Water and Unsweetened Tea Stop drinking sweetened drinks immediately. This includes sugar and artificial sweeteners. Drink plain water, unsweetened tea, black coffee, and green tea for maximum benefit. You must avoid sugar because sugar is made, in part, of fructose. Your liver can’t metabolize much fructose and turns extra into fat and stores it in your belly. Artificial sweeteners cause cravings. These four beverages are known to stop dehydration and may increase your metabolism. 2. Stop Eating…
Read more