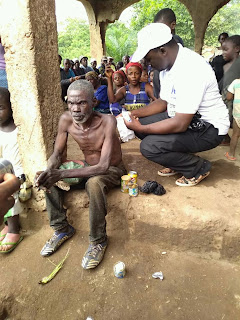 Despite global hunger levels falling, one in nine people worldwide still face hunger. Here are the ten hungriest countries according to the 2017 Global Hunger Index.
Worldwide, 815 million people still go hungry — a staggering figure that translates into one out of nine people. While global hunger levels have declined by 27% since 2000, according to the 2017Global Hunger Index, 45% of deaths of children under five are linked to malnutrition. The report, released today by Concern Worldwide, German aid agency Welthungerhilfe, and the International Food Policy Research Institute (IFPRI), highlights massive food inequality around the globe.
These are top ten hungriest countries, according to the data:

In Timor-Leste, a small country with a population of just over one million, 845,000 people are food insecure. Stunting is also extremely prevalent here, with levels that exceed 50%.

Years of failed harvests and cyclical drought have plunged Niger into a perpetual hunger crisis. Currently, 1.5 million people in the country face hunger — nearly 20% of the population. Conflict in the wider region has caused widespread displacement in Niger, which sits near the bottom of the UN’s Human Development Index. Abdourahimoune Adamou and his teenage sons Zaidou and Siraji at work on the land they farm every day. Three years ago Concern provided Abdourahimoune with seeds that are better able to cope with Niger’s changing climate, as well as advice on better farming techniques. Photo: Chris de Bode/Panos Pictures for Concern Worldwide

More than 15% of Liberian families don’t know where their next meal will come from. Hit hard by Ebola in 2014, the country’s existing economic troubles have only deepened. Poverty and food insecurity are high in Liberia, particularly in rural areas— where more than half of the population lives.

In early 2017, the United Nations declared that millions of people in Yemen were at risk of famine. Currently, the country is in the grips of a conflict that has driven much of the population from their homes and caused a deadly and widespread outbreak of cholera. The civil war continues to fuel Yemen’s food crisis: some 17 million people — 65% of the population — face hunger. Despite enjoying a long period of peace and stability, climate change has severely impacted the landlocked country where farmers rely on rains to grow their crops. 60% of the population lives in poverty, and stunting impacts almost half of Zambia’s children.

Madagascar has suffered through years of drought, driving 1.4 million people into crisis. Over half of Madagascar’s children are chronically malnourished, and 50% of children under five are stunted. Since last year’s report, Sierra Leone’s hunger levels have increased, and now about 3.5 million people face hunger in the country. Despite relative political stability and peace after a decade-long civil war, rampant poverty continues to leave Sierra Leone towards the bottom of the Human Development Index. Sierra Leone was hard hit by Ebola just a few short years ago, which was quickly followed by widespread food shortages. The country continues to be impacted by flooding and mudslides, the most recent of which killed hundreds.

In Chad, continuous drought and unpredictable rains mean that harvests routinely fail. The country is located in a region called the Sahel, which has struggled with a hunger crisis for years. Almost 1.5 million people face hunger, a figure that is increased by periodic upticks in violence. Conflict in the region has caused hundreds of thousands of refugees from Nigeria, Central African Republic, and Sudan to enter Chad — all of whom need emergency food assistance.

The Central African Republic (CAR) remains at the top of this list as the “hungriest country in the world.” CAR has suffered from instability, ethnic violence and conflict since 2012, disrupting food production and displacing over one million people. 2.5 million people — more than half of its population — are hungry.
Worryingly, there are several countries for which no hunger data exists. 13 countries were excluded from this year’s GHI list, including war-torn South Sudan, where famine was declared in February. Also on this list is Somalia, which was at risk of famine in 2017, and Syria, where a brutal civil war has raged for more than six years. Ongoing conflict in these countries prevents data collection that is necessary to compile GHI scores.