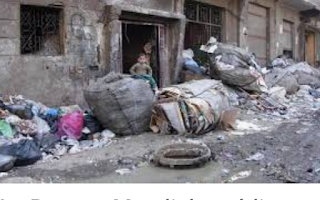 1. Sustainable FoodHeifer International is an organization that helps transform agriculture. They fund projects so people can provide food for themselves in a sustainable way. This is very powerful, because ultimately we would like to see many impoverished areas not reliant on aid from foreign countries (which often causes debt) and able to create their own, steady, supply of food.
2. Access to CreditMany organizations are helping people in poor countries to gain access to credit. Most of these credit loans are repaid, and they have created many industries, such as farms, that help create a sustainable provision for people and also develop nations economically. If these people do not have access to credit, they cannot start up industries that combat poverty.
3. Food DonationsAlthough ideally it would be better to get the entire world to a place of self-sustainability, it is not something that will happen overnight. In the meantime it is important to lend a helping hand. The impact of donations, both cash and food, have had an immense impact on world hunger. Organizations such as Food for All have customers donate $1-5 when checking out. Last year they raised a whopping $60 million to fight world hunger.
4. TransitioningMany families dealing with poverty need help transitioning into a state of self-dependance. 15 Feeds Family is an organization that helps with this transition. They start by providing families with food, but then slowly find solutions to empower families to be self-sufficient. This is important, because self-sufficiency allows for a certain food income, when relying on donations does not always guarantee food.
5. Urban FarmingAlmost one-quarter of undernourished people live in an urban environment. Recently, there has been a big push for urban farming. Urban farming empowers families to gain control over their own food source.
6. Access to EducationEducation is the best weapon against poverty and hunger. It is especially powerful in underdeveloped countries. Education means better opportunity and more access to income and food. Additionally, some countries have food-for-education programs where students are given free food for coming to school. This may seem like a basic idea in the United States, but it is life saving in many under developed nations.
7. Social ChangeThis is extremely hard and will not take place overnight. However, many social issues, such as war, pose a fundamental problem to halting world hunger. Ideally, this will happen when world powers, such as the United States and many western European nations, choose to focus on solving these issues instead of exacerbating them. However, this can only start when people in developed nations begin to care about those issues as well and pressure their governments to be productive in ending conflict.
8. Government InterventionAid to foreign nations needs to be more focused on government intervention, like programs that provide food to mothers and their children in poor areas. This is not much different from many programs available in the United States.
9. Empowering WomenThere is a direct correlation with hunger and gender inequalities. Empowering women to gain access to food, be providers, and lead their families has had a major impact on food access and ability to change financial situations.
10. Birth Control EducationHigh birthrates pose a problem when trying to solve hunger. Many people are not educated on reproduction or do not have access to contraceptives. Gaining access to contraceptives allows for families.