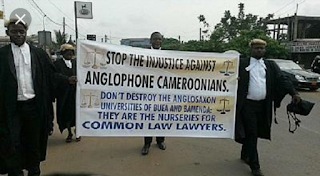 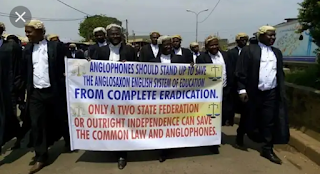 First of all, it is important to diagnose fairly the rather harmful impact of this crisis. Even if the crisis from a geographical point of view is directly felt in the North-West and South-West, there are Cameroonians in all the other regions of the country who identify with the grievances posed by the nationals of these two regions.

Other compatriots sympathise because they are equally not happy with their living conditions even if the historical foundations differ from each other. In addition, it is necessary to take account of the brothers and sisters working outside the national territory, scattered around the world, who also express their disapproval of the management of this crisis, and are worried about how it’s dragging on. Everyone would like an equitable and lasting solution to be found, and as soon as possible.
So my approach would have been to proceed in five steps:
1) To re-establish political will and a commitment to dialogue on the part of those who up to now regard themselves outside the Republic, as well as those who have managed the country as if the country belonged to them alone;
(2) Unconditionally release all those imprisoned since the outbreak of the crisis, so as to lay the foundations for a return of confidence on both sides and for the acceptance of the legitimacy of the actions that the State would undertake thereafter;
3) To convene a forum for dialogue and consultation on all the demands and grievances put forward, with a view to seeking genuine political and lasting solutions to them.
(4) To extend this dialogue to exchanges on complaints from socio-economic or political sectors so that citizens as a whole can find themselves in these platforms which allow their proposals to be taken into account; And
5) Undertake missions to explain the results obtained from citizens at the grass-roots level to reassure the already traumatised populations regarding the roadmap for the future. Such an approach will retain the support of the vast majority of our fellow citizens and will restore confidence and lay the foundation for a consensual and enlightened conception of the future that we must forge for our country.
Our generation can not afford the errors of the elders, whose disastrous management of human relations and bad governance have pushed the country to such a difficult and delicate point. We must remember at all times that one of the fundamental principles of human actions is the inclination of man and woman to greater freedom and greater respect for their dignity.”
Muh Plavious
NAYD CAMEROON

How to reduce belly fat

Belly fat is more than unsightly, it is dangerous. Visceral fat releases a hormone that causes diabetes and inflammation. It’s also linked to cardiovascular disease, breast cancer, and gallbladder issues. The only way to get rid of belly fat is to eat certain foods and exercise. Miracle cures, pills, and surgery won’t help. Belly fat is very responsive to diet and exercise. By eating these foods, you will see results very quickly. And the best part is, you’ll feel better overall. 1. Drink More Water and Unsweetened Tea Stop drinking sweetened drinks immediately. This includes sugar and artificial sweeteners. Drink plain water, unsweetened tea, black coffee, and green tea for maximum benefit. You must avoid sugar because sugar is made, in part, of fructose. Your liver can’t metabolize much fructose and turns extra into fat and stores it in your belly. Artificial sweeteners cause cravings. These four beverages are known to stop dehydration and may increase your metabolism. 2. Stop Eating…
Read more