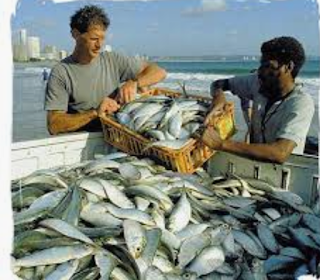 In Africa, food abundance may be driving violent conflict rather than food scarcity. Climate change will also increase the frequency of civil war in Africa as a result of food scarcity triggered by rising temperatures and drought. Most troops in Africa are unable to sustain themselves due to limited access to logistics and state support, and must live off locally sourced food. The actors are often drawn to areas with abundant food resources, whereby, they aim to exert control over such resources.
To examine how the availability of food may have affected armed conflict in Africa, taking reference from PRIO-Grid data from over 10,600 grid cells in Africa from 1998 to 2008, new agricultural yields data from EarthStat and Armed Conflict Location and Event Dataset, which documents incidents of political violence, including those with and without casualties. The data was used to estimate how annual local wheat and maize yields (two staple crops) at a local village/town level may have affected the frequency of conflict. To capture only the effects of agricultural productivity on conflict rather than the opposite, the analysis incorporates the role of droughts using the Standardized Precipitation Index, which aggregates monthly precipitation by cell year.
The study identifies four categories in which conflicts may arise over food resources in Africa, which reflect the interests and motivations of the respective group:
These actors may resort to violence to seek access to food, as the communities that they represent may not have enough food resources or the economic means to purchase livestock or drought-resistant seeds. Although droughts can lead to violence, such as in urban areas; this was found not to be the case for rural areas, where the majority of armed conflicts occurred where food crops were abundant. Food scarcity can actually have a pacifying effect.
“Examining food availability and the competition over such resources, especially where food is abundant, is essential to understanding the frequency of civil war in Africa. Understanding how climate change will affect food productivity and access is vital; yet, predictions of how drought may affect conflict may be overstated in Africa and do not get to the root of the problem. Instead, we should focus on reducing inequality and improving local infrastructure, alongside traditional conflict resolution and peace building initiatives.