Showing posts from December, 2018
Show All

Inhuman treatment of Anglophones in Cameroon 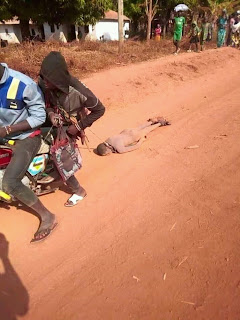 ANGLOPHONES GIVEN LESS UPTO 4PM TO LEAVE BONGORAIN IN THE NOUN DIVISION OF CAMEROON. After chasing our brothers, sisters, parents and children from their houses into the bushes and forests and burning down their two and villages, the colonial administrator of the Noun have order the killing of any Anglophone in his area. Many have made their permanent homes in the forest. Many more have give their live to christ and are baptize in the forest should incase they die, they will make heaven. In Bangorain in the Noun division of Cameroon, Anglophones are tied on a bike and drag around town till death. If for three years of going through this inhuman treatment and living in the forest the UN, United state, British and other supper power all contributeset to the injustice going on in Cameroon and it's right for us to take up arms and defend our land.                      MUH PLAVIOUS KIENYUI                        NAYD, CAMEROON
Post a comment
Read more
More posts